The team at Stephenville Equine Hospital is comprised of highly trained and experienced animal health professionals who have a genuine love for working with horses. Our staff treats every patient with the highest quality of medical care as well as a gentle touch. 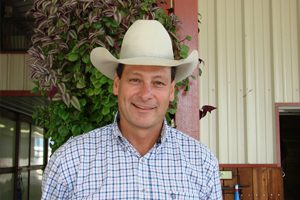 After graduating from Washington State University College of Veterinary Medicine in 1989, Dr. Hutchinson opened his own mixed animal practice in Spokane, Washington. However, the lure of working with horses prompted him to build his first equine surgical hospital in 1996. He practiced there until 2006, at which time he came to Texas and started Stephenville Equine Hospital.

Dr. Hutchinson’s pastime is ranching. He enjoys working his border collies with cattle, sheep, and goats. Horses are still a big part of Dr. Hutchinson’s life as he enjoys starting and training young horses as well as competing in roping events.Town & Country Animal Clinic maintains a staff of highly trained assistants and technicians.

Font Resize
Contrast
Accessibility by WAH
Call Us Text Us